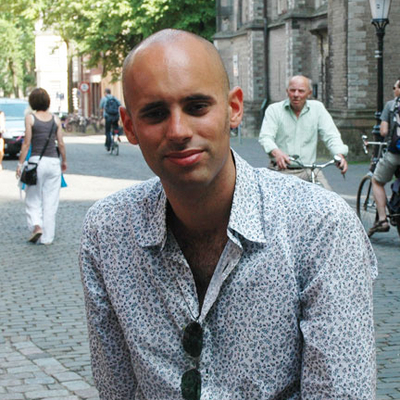 Read more
- 'Ideale liefde', a new web series about love and politics by Bart Juttmann will be online from 14 February 2013 at www.idealeliefde.nl. Watch the trailer
- Interview Bart Juttmann - Screenwriting: a study

I consider myself a screenwriter first and foremost. The object of my research was to learn to write scripts which make optimum use of the facilities available to tell a story using images and sound. You simply have to have experienced the process of making a film in order to understand cinema. This may be one of the main reasons why I made the film The Last Word, though it is certainly not the only one.

Films are by definition polemical, and The Last Word is certainly a movie with a moral. It strikes me as self-evident that free speech has to remain free, and that one need therefore hardly expand on the topic. However, the film contains another moral, which remains unexpressed, tucked away between the lines. While I wouldn’t mind if the viewers were to forget the story the very next day, I would be particularly pleased if they should remember that other moral.