Alberto Delgado de Ita’s research resides in the friction between wonder and terror. A fascination he attributes to his Mexican background and growing up in a country where some of the most dangerous places are surrounded by beautiful landscapes. He sees this contrast as complementary ambivalences, and uses them to build a tension while exploring the contextual conditions that lies between them. For Alberto it is interesting how something that is sinister can be seductive and attractive at the same time.

In Acapulco, Mexico, a coastal city where Alberto based his project on, the relation between the landscape and its violent context is explored. The port, which became one of the favorite destinations for Hollywood stars and millionaires during the ’50s and ’60s, was promoted as a paradisiacal destination which, over time, transformed the virgin beaches into a wild party scene for international tourism. Later, social inequality took over the paradise and transformed it into one of the most dangerous places in the world. Alberto suggests that the images built around the landscape, have a responsibility that influences the exploitation of a territory, which over time, brings trouble and violence.

Alberto spent most of his childhood holidays at his family’s summer house in Acapulco. The stories of violence in the newspaper were something ordinary for him, as for the rest of the Mexicans. This changed when the news escaped the paper and paid a visit to his family house, assassinating one of his uncles in Acapulco during the Christmas holidays of 2018. After the tragic event, Alberto, influenced by the notions and imaginary of Romanticism, decided to use Acapulco’s landscape to represent a violence that, for him, remains unaccountable. By creating journeys of imagination from a tragic context with beautiful landscapes, he portrays a place where images and sound allow a transformation from the physical to the psychological mind and the other way around. 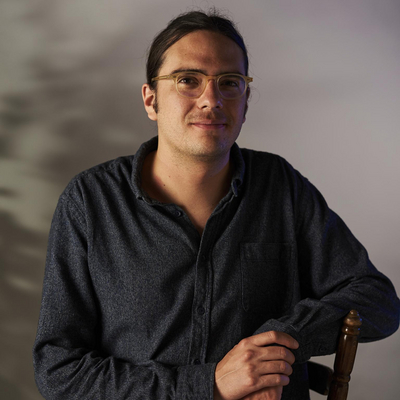 Alberto Delgado de Ita is a documentary filmmaker (Mexico, 1988). He studied Communication at IBERO University and has worked as a video editor and videographer at VICE Media before developing his Master of Film at the Netherlands Film Academy.

His work explores the depiction of criminal violence in Mexico through landscapes. By using upsetting events from his social context and personal experiences, he creates narratives to portray the natural environment as a place where wonder and terror coexist consistently.