Abhay’s research is framed as ‘The Grid as a control mechanism: using film to induce deviations in the grid’. The research aims to uncover the nature of grids - physical, philosophical and conceptual. It aims to investigate the activity at the edges of these grids and its correlation to those who inhabit the grids. This lends itself to exploring science fiction, horror and electronic music (conceived through a spatial context). If the first step is to make grids as control structures visible, the next progression is investigating deviations and anomalies within these closed systems. This is explored through algorithms producing errors, ghosts appearing in surveillance grids and meta-spaces that defy the grid itself.

Abhay’s project Sector Quicksand deals with the grid of the city of Chandigarh. Chandigarh stands as a curious anomaly amongst the chaotic Indian landscape. Designed by Le Corbusier in 1964 as a utopian vision of what modern independent India could be, his obsession with straight lines and ‘form follows function’ is evident in the urban design of the city. In 2020, a filmmaker visits his retired parents in his hometown of Chandigarh trying to resolve an ongoing disagreement over his life choices. Over this time spent at home where moments of gentle affection seem to be punctuated by a total communication breakdown, the filmmaker starts to suspect that the city might have a more insidious role to play in this unravelling situation. As he spends time within the grid of the house, the larger grid structures around him start becoming apparent to him. Could it be possible that the design of this city suppresses individuality, which threatens its ideal of order and coherence? The film plays out like a science fiction narrative where the will of an individual is set against the collective will of the city itself - the city as a breathing organism, made of clean lines, geometric angles demanding submission to its will, and the individual trying to come to terms with the cost of going against it. 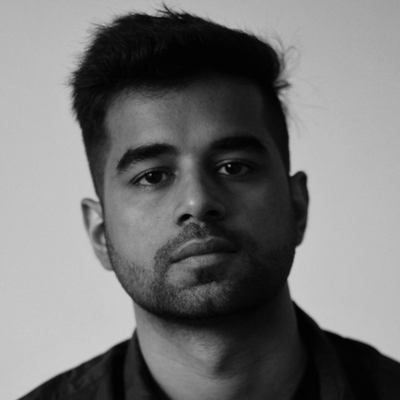 Abhay Kumar is a double National Award winning filmmaker from India. His feature documentary 'Placebo' (IDFA, Hotdocs) got a worldwide release on Netflix in 2016 and won the National Award for Best Investigative film 2017. Abhay edited and produced ‘About Love’ which won the best debut award at Sheffield 2019 and went on to secure distribution through POV, North America and will have an exclusive worldwide release by Mubi in August 2021. Abhay is also an alumni of the Berlinale Talents 2016. Abhay attended the Berlinale Talents 2021 under his artist name ‘Fugue’.

Abhay’s work often appears in response to power structures and aims to make these power structures visible, and using film, destabilise them. Abhay is interested in the architecture of desire and using fantasy and genre frameworks he aims to create a body of work which can be termed as a ‘seductive nightmare’.