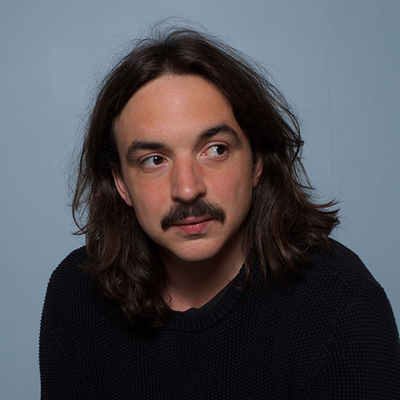 Originally trained as a photographer, Noël Loozen (the Netherlands, 1983) is exploring the medium of film. His graduation project from the Gerrit Rietveld Academie It's never too late to have a happy childhood was nominated for the Steenbergen stipendium. He is co-founder of the monthly exhibition platform Weekender.

Artist's statement: Sound barrier
I am trained as a photographer. Before my arrival at the master's program, I used the same approach when I made a video work as when I took a picture: I would create a concept and throw myself in a situation with a camera in order to find out what would happen. But I noticed that I'd like to get more out of filmmaking…

Making my first film 'The Hornhunter' triggered my investigations of time, memory and storytelling. I am fascinated by stories about the pursuit of memories and idealized experiences. Autobiographic memories are transitory dynamic mental constructions generated from an underlying knowledge base. As constructions, we can manipulate them. Thus they can come to lead a life of their own.

In terms of storytelling I base all of my work in film and photography on setting up images that read almost as if they are children’s books for adults. There is an underlying presence of a kind of darkness that exists in all humanity, but also the force that humour and frivolity have over that darkness. I wanted The Hornhunter to have the same handwriting as my photography. I tried to look at my film as if it was one single picture.

One of the most intriguing differences between film and photography is sound. Sound is obviously absent in photography. I believe that silence can be perceived as a language of memory. Sometimes, though, it is important to break the silence, but when? For me, the time has come to use sound.

In 'The Hornhunter' I tried to translate my research about sound into a story. The film is about a boy (me) on a quest for his own sound. He wants to build a horn on his car to attract the female species. On the internet he meets the Hornhunter, who is an expert in hornbuilding and by email they build up a personal relationship.