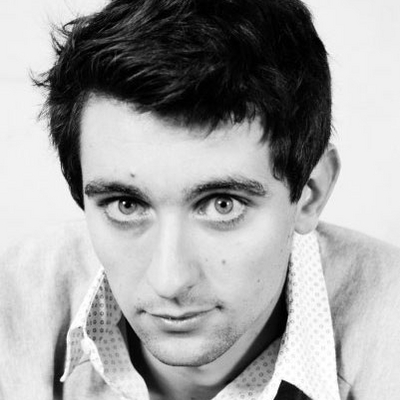 Reinier Noordzij (the Netherlands, 1981):
"The master's course at the Film Academy gives me the opportunity to further develop and deepen what I've learned and experienced at the Theatre School Maastricht. Everything comes together now, because of this master's course. More than ever before can I discover my own artistic voice and make it heard.
The master's course offers a context in which I can focus on my search for creative growth and the development of my own vision.
The course is very demanding. You're responsible for your own progress. But if it works, if you accept the challenge, you can go an awfully long way!"

Artist statement: 'I endeavour to expose reputation and reveal nature.'
I read the following quote quite recently: "The difference between what a man thinks he is and what he actually is, is a huge classical comic thing and a great modern tragedy". I use this statement by Ricky Gervais and Stephen Merchant, the makers of the highly successful BBC series The Office, as a both a source of inspiration and as the starting point for my projects.
I believe in the dramatic tension that occurs as a result of the interaction between a person’s character and their reputation. I view reputation as that which a person appears to be, while a person’s character reflects their true self. In my work, I therefore endeavour to expose reputation and reveal character.

My work is a quest for the human vulnerability which serves as the basis for every good dramatized character, in both fictional and non-fictional contexts.
This vulnerability touches upon the essence of the character, while also revealing a certain truth about it. It offers the viewer a means of associating with the character. To me, it is all about capturing characters’ imperfections. I become fascinated with characters who consider their reputations to correspond to their nature, whereas this is clearly not the case. This can be either tragic or comical, or both. I believe in the interaction between the tragic and the comical. The two rely on, and can therefore reinforce one another.

The application of this concept in a visual medium gives me the opportunity to utilize a vital tool: the close-up. The simple fact that the camera is incapable of lying means that it invariably reveals a certain vulnerability and a different story behind the character’s eyes – regardless of anything he or she might say. This ‘other’ story is where the soul of my work resides.